It's back! Festicket have just released their annual Festival Heroes list, which gives insight into who played at the most number of festivals during 2019.

The list is separated into two categories: DJs and live acts, with a map showing where the leader of each list played around the globe.

Reigning at the top of the DJ category for 2019 is Belgian producer Lost Frequencies, who clocked up a staggering 49 festivals, spread out across 21 countries on three continents. He's followed by techno's biggest breakout star Charlotte de Witte, whose figures stand at 39, compared to DJ Mag's current number 1 Dimitri Vegas & Like Mike who came in at third place with 30. Amelie Lens—another techno heavyweight—came just behind with 28 under her belt, slightly ahead of Martin Garrix's 26.

As for the Festival Heroes live acts, British indie band The 1975 came out on top, having played at 44 festivals throughout the year including Coachella, Summer Sonic and Reading & Leeds. Irish post-punk band Fontaines DC weren't far off with 38, trailed by Lizzo at 29. 2019 saw Lizzo have her most successful year to date, releasing her debut album Cuz I Love You which later went on to win several Grammys in January.

“As more and more people invest in going to music festivals (whether that’s at home or abroad), we’ve seen them become an even greater source of income for artists" said Festicket co-founder Zack Sabban. "But it isn’t all about the upfront money. Festivals provide artists with a valuable platform to showcase themselves to potential fans who may then go on to buy a record or see them at their own headline shows. It’s therefore little wonder the artists in this report went above and beyond to hit up every festival stage they could in 2019.” 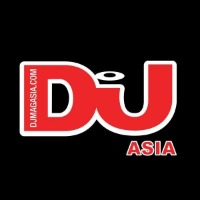