The electronic music industry’s ingenuity and resilience never ceases to amaze. In the absence of festivals and nightclubs, DJs are coming up with more and more creative ways to entertain while still complying with the rules set out to protect public health.

When COVID-19 put a swift end to large gatherings, we saw a surge in popularity for DJ livestreams. Shortly after, these modest bedroom concerts expanded into ambitious livestream festivals watched by millions around the globe, and now we’re seeing the concept evolving again. Just last month, Travis Scott broke Fortnite’s record as over 12 million players logged onto the game to watch his virtual tour.

The Future of Electronic Music

Now that restrictions are easing up and people can begin to leave their houses again, DJs in Europe have found a new way to keep the spirit of electronic music alive. Last week, Big City Beats—the organiser of World Club Dome in Germany— took over the Autokino Düsseldorf Drive-In Cinema Stadium for a ‘drive-in rave’. Attendees were asked to tune into designated FM radio channels to listen to sets by the likes of DJ Le Shuuk, Tiefblau, Plastikfunk, and Topic.

As is expected with any edition of World Club Dome, thumping music was paired with pyrotechnics and fireworks, to which the audience responded by flashing their lights and honking their horns in approval.

However, World Club Dome’s drive-in rave isn’t the only one of its kind. In the German town of Schüttorf, DJ Devin Wild headlined another ‘autodisco’ to an audience of 250 cars, from the car park of nightclub Club Index. Meanwhile in Denmark, singer-songwriter Mads Langer performed a sold-out gig to another 500 car-bound guests. 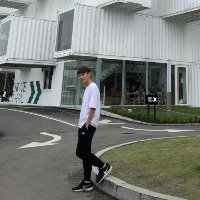