He's done it again. A rapidly rising star, Illenium soared in popularity following the arrival of his second album Awake two years ago. Since then, he's racked up billions of views on YouTube, toured rigorously and performed at some of the most prestigious festivals in the world.

As he began to release new music last year, fans have been eagerly waiting on the release of the American producer's third studio album... now it's here and it's everything we could have hoped for and more. Ascend is made up of 17 tracks, featuring collaborations with some huge names, such as The Chainsmokers, Jon Bellion, Bipolar Sunshine and X Ambassadors.

With so much new material on offer, this latest collection of tracks really caters to every mood, filling you with sadness during Every Piece of Me (with Echoes) before lifting you up again with songs like Takeaway (with The Chainsmokers and Lennon Stella). Throughout the entire album, beautiful melodies and enchanting lyrics captivate the listener, causing each song to leave a lasting impression as they tug at your heartstrings. Showing just how much Illenium has developed as an artist, Ascend is potentially his best work yet.

FestGround is Asia's leading music festival ticketing platform. For more festival information and updates, sign up here to subscribe to our newsletter.

If you're passionate about EDM or music festivals and wish to become a contributor, write to us at editor@FestGround.com. 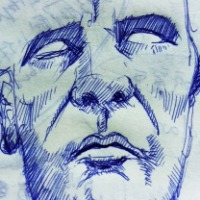